I am a physical oceanographer interested in ocean physics, climate and modelling. My research focuses on how processes acting on small-scales, such as turbulent mixing and mesoscale eddies, influence the large-scale ocean circulation and its variability. I use theoretical techniques combined with a range of idealized and realistic ocean models and analysis of oceanographic data to better understand interactions across scales in the ocean in order to represent them properly in low-resolution models.

My research interests include: 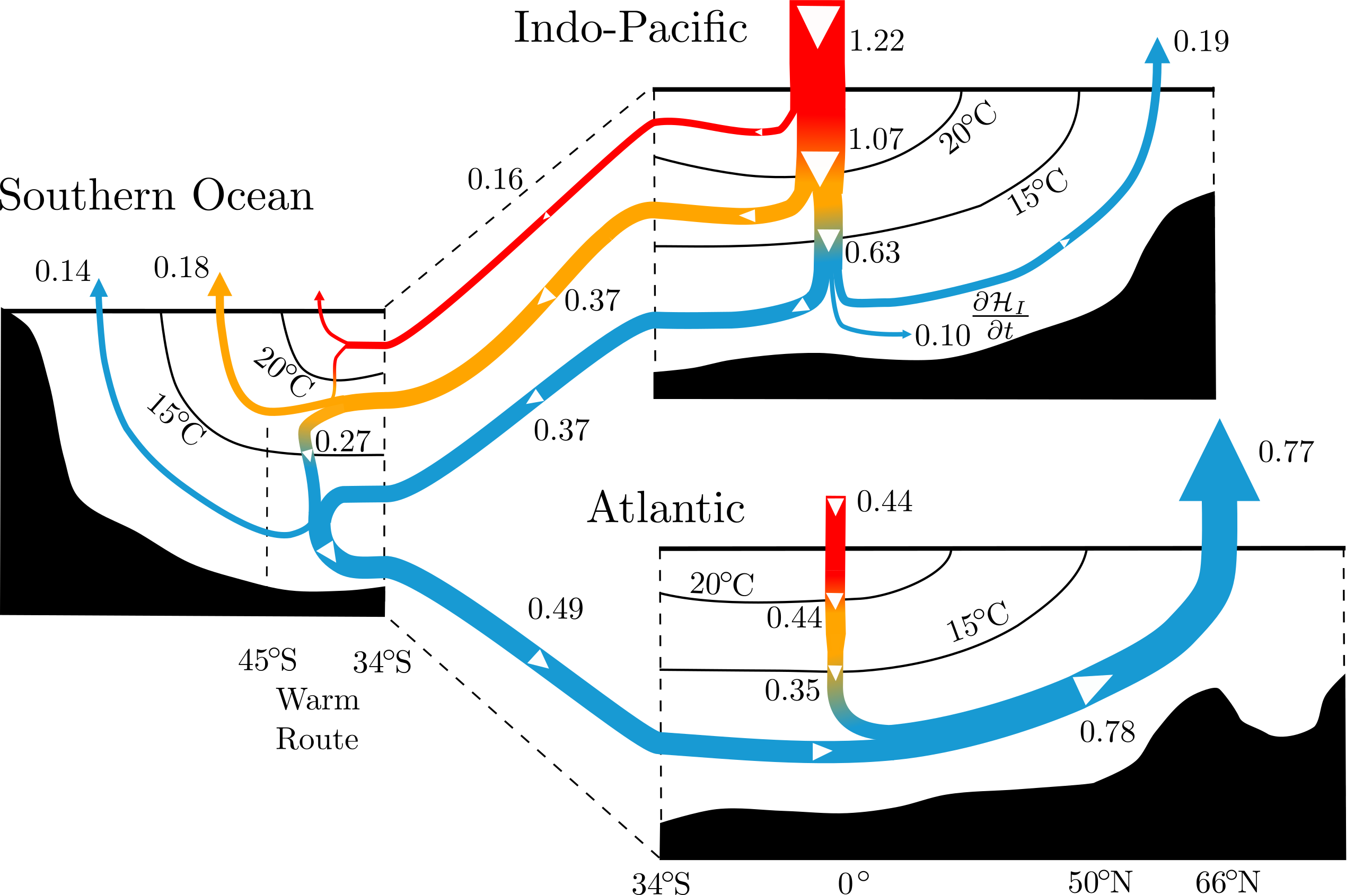 Figure 1: A schematic illustrating heat flows above, below and across the 15C and 20C isotherms from a MOM5 global ocean model simulation. Much of the heat that is transported northward in the Atlantic is ultimately sourced from heat uptake and turbulent mixing in the tropical Pacific (see Holmes et al. 2019 Geophysical Research Letters for more information). 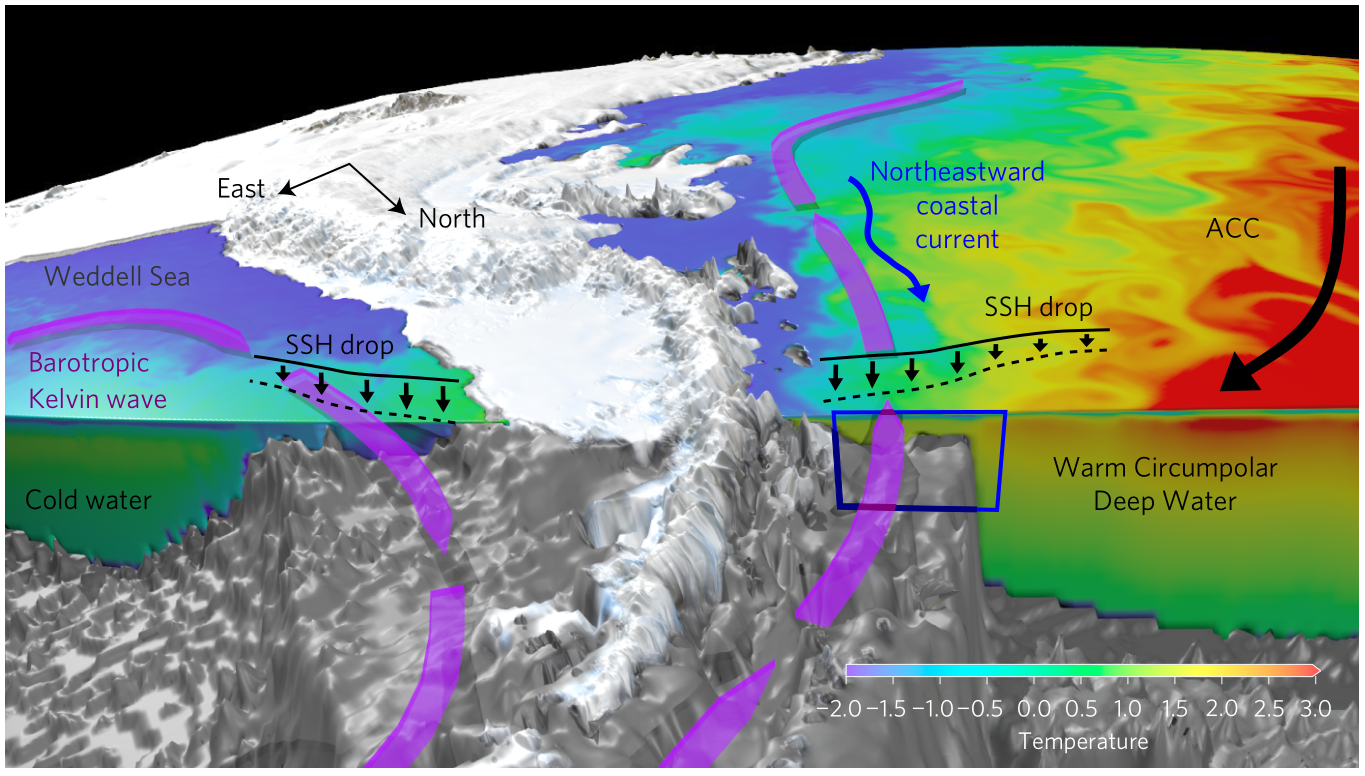 Figure 2: The pathway of a barotropic Kelvin wave propagating around the Antarctic peninsula. On the west side of the peninsula (blue box) the Kelvin wave drives circulation changes that can bring warm circumpolar deep water onto the continental shelf and into contact with the vulnerable ice shelves (see Spence et al. 2017 Nature Climate Change for more information)

This website contains my CV, a list of publications, conference talks and a short summary of some of the projects that I am currently involved in. If you wish to know more or have any other questions, please contact me at r.holmes@sydney.edu.au